Loyiso Gola - What Do they Call Chuck Norris in South Africa? 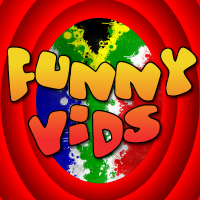 When you watch a movie, during the opening credits, what&#39;s the first thing that comes up after the title? Usually, it&#39;s a list of the actors, in order of importance. But when kids in South Africa saw the word "starring," they thought it was a prestigious title for the hero, who would brave all dangers unscathed. In this clip, comic Loyiso Gola remembers his favorite "starrings." Stand Up Planet showcases an uprising of fresh and fearless comics around globe, changing the world one joke at a time. Equal parts reality TV, documentary journey and travelogue, Stand Up Planet brings viewers on a quest to find the best humor coming from far corners of the developing world. Hosted by L.A.-based comic, Hasan Minhaj (Arrested Development, MTV&#39;s Failosophy) and featuring stand up comics Nate Bargatze, James Adomian and Michelle Buteau, Minhaj invites two comics from India and South Africa to perform in Hollywood for a television special. Along the way they meet comedy legends: Bill Cosby, Carl Reiner and producer, Norman Lear. Premieres May 14th on LinkTV, KCET and PIVOT. Watch webisodes: https://www.youtube.com/playlist?list=PLVkJQKghDX6e8AmSJLGYTZ5mpxd-efmjz Watch the series, jokes and go behind the scenes at http://www.standupplanet.org Find us on Facebook: www.facebook.com/StandUpPlanet Follow us on Twitter: @standupplanettv Join the conversation: #StandUpPlanet

There&#39;s nothing like your sideline chick rocking up on your doorstep and leaving something &quot;naughty&quot; for you.

Forget about Trevor Noah, Loyiso Gola, David Kau, Marc Lottering, Barry Hilton, Riaad Moosa, Kagiso Lediga, Tumi Morake and so on. Let’s give credit where it’s due, these guys are all good comedia...